We all live differently so it's important for us to understand how and when you consume the most energy and how it can be generated.

Renewable Solutions installs and recommends Kyocera PV Solar panels because of the standing that Kyocera has in the solar industry. 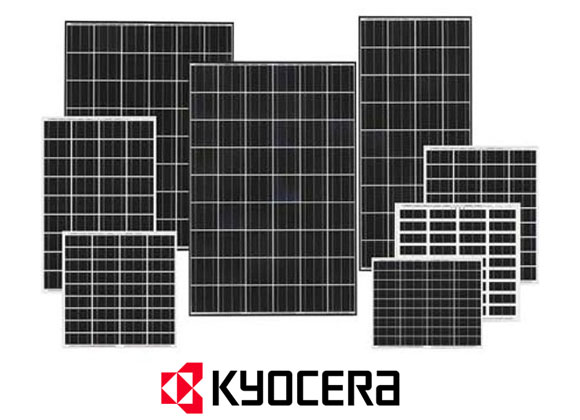 The testing that Kyocera panels undergo gives proven performance and proven quality along with peace of mind.

The range of panels that Kyocera manufacture 135w, 215w, 240w and 320w enables all situations and power output solutions to be achieved.

Kyocera is still the first and only manufacturer that has passed the TUV long-term sequential test further underscoring Kyoceras proven product record.

​This test is one of the harshest quality and product longevity tests developed specifically for the solar industry. Kyocera panels exceed the requirements of this TUV sequential test, which put the same(rather than a new) module through each of the standard IEC 61215 and IEC 61730 test (Humidity, temperature, diode, electrical safety testing etc)

Solar electricity is produced by the reaction between cells, which consist of layers of

semiconductor materials with different electronic properties. In a typical cell one of the layers of silicon is doped with a small quantity of boron to give it a positive (or p-type) character. Another layer at the front of the cell is doped with phosphorus to give it a negative (or n-type) character. The interface between these two layers contains an electric field and is called a junction.
When light (which consists of particles called photons) hits the solar cell, some of the photons are absorbed in the region of the junction, freeing electrons in the silicon crystal. If the photons have enough energy the electrons will be able to overcome the electric field at the junction and are free to move through the silicon and into an external circuit.

As the electrons flow through this external circuit they give up their energy as useful work and return to the solar cell via the wiring. This useful work can take the form of providing light, driving motors for water pumping, running refrigerators, or charging batteries, etc.
Photovoltaic panels are totally solid state and self-contained. There are no moving parts that require maintenance or wear out and no materials are consumed or emitted.
In practice, PV cells are grouped into modules, which are sealed units of convenient size for handling. Modules in turn can be grouped into panels, which can then be grouped into an array.

​Photovoltaic systems convert solar energy from the sun directly into electricity. This is a renewable form of energy production.

Once the initial Capital cost of building a solar power plant has been spent, operating costs are extremely low compared to existing power technologies. When grid-connected, solar electric generation can displace the highest cost electricity during times of peak demand (in most climatic regions), can reduce grid loading, and can eliminate the need for local battery power for use in times of darkness and high local demand; such application is encouraged by net metering. Time-of-use net metering can be highly favorable to small photovoltaic systems. Solar electric generation is economically superior where grid connection or fuel transport is difficult, costly or impossible. Examples include satellites, island communities, remote locations and ocean vessels. Facilities can operate with little maintenance or intervention after initial setup. Solar power is pollution free during use. Production end wastes and emissions are manageable using existing pollution controls. End-of-use recycling technologies are under development The 89 petawatts of sunlight reaching the earth's surface is plentiful - almost 6,000 times more - compared to the 15 terawatts of average power consumed by humans. Additionally, solar electric generation has the highest power density (global mean of 170 W/m²) among renewable energies

Major photovoltaics companies include BP Solar, Yingli Green Energy, Kyocera, Q-Cells, Sanyo, Sharp Solar, SolarWorld, Motech, SunPower, and Suntech.
Kyocera Corporation has announced a plan to increase its solar cell production to 500 MW per year in 2010. 500 MW is about three times the current output of 180 MW, and the company will reinforce production bases in Japan, the US, Europe and China, investing a total of about ¥30 billion through FY2010. Through this production enhancement, Kyocera looks to meet increasing demand across the world for solar cells.
Renewable Solutions Ltd supply and install Kyocera Solar panels.

Building-integrated photovoltaics (BIPV) are photovoltaic materials that are used to replace conventional building materials in parts of a building, such as the 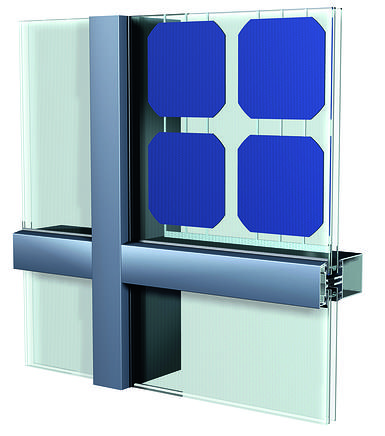 cladding or curtainwalling, roof or skylights.

They are increasingly being incorporated into the construction of new buildings as a principal or supplementary source of energy.

Existing buildings may be also be retrofitted with BIPV systems.

The advantage of integrated photovoltaics over more common non-integrated systems is that the initial cost can be offset by reducing the amount spent on building materials and labor that would normally be used to construct the part of the building that the BIPV modules replace.

These advantages make BIPV one of the fastest growing segments of the photovoltaic industry and Renewable Solutions are able to assit you with your BIPV design, installation, comission and upkeep of such systems.

We have a working relationship with a number of BIPV system desigers and suppliers, including teams from Sweden/Australia, the USA and Canada.